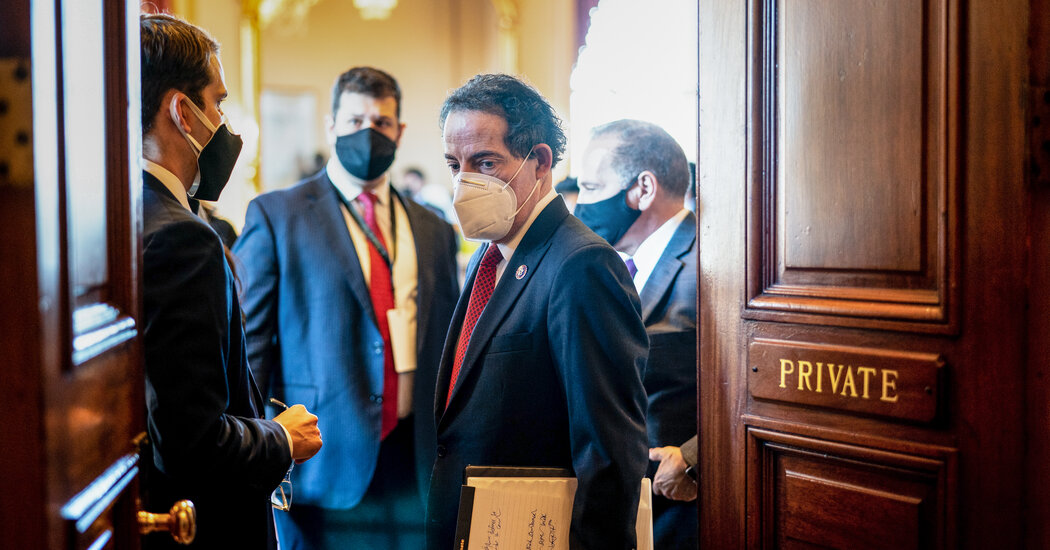 The prosecution will deliver its first substantive arguments in what could be an exceptionally short trial.

WASHINGTON — House Democrats will lay out the case for convicting former President Donald J. Trump on Wednesday as the Senate forges ahead with what could well become the fastest presidential impeachment trial in history.

After a compact debate on Tuesday over the constitutionality of the proceeding, senators narrowly voted to move ahead with the trial to decide whether Mr. Trump is guilty of inciting a deadly mob of his supporters to storm the Capitol on Jan. 6.

The central question facing lawmakers on Tuesday was whether a former president could be tried by the Senate for high crimes and misdemeanors. By a 56-to-44 vote, senators found that the body did have jurisdiction to do so.

The Senate will convene again at noon Wednesday.

How quickly will this go?

Under the rules agreed to by both sides, the prosecution and defense each have up to 16 hours to present their cases.

Both the House managers, led by Representative Jamie Raskin of Maryland, and Mr. Trump’s defense lawyers will be limited to eight hours on any given day of the trial.

Neither side is expected to fully use the allotted time, as both parties appear eager to conclude the proceedings as quickly as possible, particularly given that Mr. Trump seems headed toward an all but certain acquittal.

This was reflected in the latest draft of the trial rules, which has senators scheduled to meet for a rare Sunday session if no verdict has been reached before then. The trial had already been set to continue into the weekend after Mr. Trump’s lawyers withdrew a request to break on Friday evening in observance of the Jewish Sabbath.

Wednesday’s arguments may very well establish the pace for the rest of the proceedings.

How will House prosecutors connect the dots?

House prosecutors set the tone for their opening arguments on Tuesday by sharing an arresting video montage of the violence at the Capitol last month, laying out a chronological account of the rampage as it unfolded.

The 13-minute clip showed scenes of brutality and mayhem, laced with profanities, forcing some television networks to add content warnings and many of those present in the chamber to relive the assault on the Capitol on Jan. 6 as they met to affirm President-elect Joseph R. Biden Jr.’s election victory.

The House managers appear to have at least two goals: dredging up vivid and emotional memories from that day, and hammering home their point that Mr. Trump was personally responsible for igniting the violence.

Mr. Raskin’s team has promised to show more video clips of the scene at the Capitol, some of which may have not been seen before. House Democrats will also look to clearly establish a link to Mr. Trump, who they have said “willfully” incited the riot as part of a monthslong drive to subvert the election.

So far, Mr. Raskin has taken the lead in outlining the central message of his team’s case, with others on the prosecution stepping in to provide narrower arguments.

On Tuesday, two other impeachment managers, Representatives Joe Neguse of Colorado and David Cicilline of Rhode Island, addressed the jurors.

In total, Mr. Raskin is flanked by eight other lawmakers with a wide variety of experience.

What is the next line of defense for Trump?

So far, most of the arguments that Mr. Trump’s lawyers and allies have marshaled in defense of the former president have focused on shutting down the impeachment trial before it even began.

Two weeks ago, for instance, the overwhelming majority of Senate Republicans, led by Rand Paul of Kentucky, sought to dismiss the trial as unconstitutional. The measure failed, but that only five Republicans joined with Democrats in moving forward with the proceeding suggested Mr. Trump would be spared a conviction.

Now that Mr. Trump’s lawyers are forced to argue the case on its merits, they will at least be pushed to answer the claims that the impeachment managers are making with regard to Mr. Trump’s role in inciting the violence.

While his defense team could dig in and cling to its case that the claims are irrelevant now that Mr. Trump is a private citizen, his lawyers may also choose to change tack and directly challenge arguments the House managers make on Wednesday.

Democrats intention to fill as many courtroom vacancies as attainable by the tip of 2022, when Senate Republicans are in…

The court docket’s three liberal members dissented, saying that Kristopher Love, a Texas demise row inmate, ought to have been…